{This post is part of a long running series on lock free queues, checkout the full index to get more context here}
Reading through a fine tuned lock free single producer/consumer queue. Working through the improvements made and their respective impact.
Back in November, Martin Thompson posted a very nice bit of code on GitHub to accompany his Lock Free presentation. It's a single producer/consumer queue that is very fast indeed.  His repository includes the gradual improvements made, which is unusual in software, and offers us some insights into the optimization process. In this post I break down the gradual steps even further, discuss the reasoning behind each step and compare the impact on performance. My fork of his code is to be found here and contains the material for this post and the up and coming post. For this discussion focus on the P1C1QueueOriginal classes.
The benchmarks for this post were run on a dual socket Intel(R) Xeon(R) CPU E5-2630 @ 2.30GHz machine running Linux and OpenJdk 1.7.09. A number of runs were made to unsure measurement stability and then a represantative result from those runs was taken. Affinity was set using taskset. Running on same core is pinned to 2 logical cores on the same physical core. Across cores means pinned to 2 different physical cores on the same socket. Across sockets means pinned to 2 different cores on different sockets. 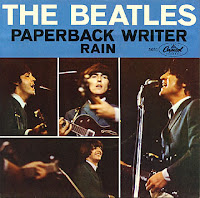 The initial version of the queue P1C1QueueOriginal1, while very straight forward in it's implementation already offers us a significant performance improvement and demonstrates the important Single Writer Principle. It is worth while reading and comparing offer/poll with their counter parts in ArrayBlockingQueue.
Running the benchmark for ArrayBlockingQueue on same core/across cores/across sockets yields the following result (run the QueuePerfTest with parameter 0):
same core      - ops/sec=9,844,983
across cores   - ops/sec=5,946,312 [I got lots of variance on this on, took an average]
across sockets - ops/sec=2,031,953

Jumping jelly fish! Off to a good start with large improvements on all fronts. At this point we have gained speed at the expense of limiting our scope from multi producer/consumer to single producer/consumer. To go further we will need to show greater love for the machine. Note that the P1C1QueueOriginal1 class is the same as Martin's OneToOneConcurrentArrayQueue.

As discussed previously on this blog, single writers can get a performance boost by replacing volatile writes with lazySet. We replace the volatile long fields for head and tail with AtomicLong and use get for reads and lazySet for writes in P1C1QueueOriginal12. We now get the following result (run the QueuePerfTest with parameter 12):
same core      - ops/sec=48,879,956[2xP1C1.1]
across cores   - ops/sec=30,381,175[3xP1C1.1 large variance, average result]
across sockets - ops/sec=10,899,806[3xP1C1.1]

As you may or may not recall, lazySet is a cheap volatile write such that it provides happens-before guarantees for single writers without forcing a drain of the store buffer. This manifests in this case as lower overhead to the thread writing, as well as reduced cache coherency noise as writes are not forced through. 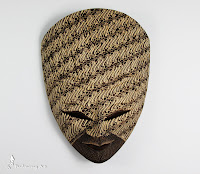 The next improvement is replacing the modulo operation for wrapping the array index location with a bitwise mask. This 'trick' is also present in ring buffer implementations, Cliff Click CHM and ArrayDeque. Combined with the lazySet improvement this version is Martin's OneToOneConcurrentArrayQueue2 or P1C1QueueOriginal2 in my fork.
The result (run the QueuePerfTest with parameter 2):
same core      - ops/sec=86,409,484[1.9xP1C1.12]
across cores   - ops/sec=47,262,351[1.6xP1C1.12 large variance, average result]
across sockets - ops/sec=11,731,929[1.1xP1C1.12]

We made a minor trade off here, forcing the queue to have a size which is a power of 2 and we got some excellent mileage out of it. The modulo operator is quite expensive both in terms of cost and in terms of limiting instruction throughput and it is a trick worth employing when the opportunity rises.
So far our love for the underlying architecture is expressed by offering cheap alternatives for expensive instructions. The next step is sympathy for the cache line.
[UPDATE 3/11/2014: See further focused investigation into the merits of different modulo implementations here]

False sharing is described elsewhere(here, and later here, and more recently here where the coming of a solution by @Contended annotation is discussed). To summarize, from the CPU cache coherency  system perspective if a thread writes to a cache line then it 'owns' it, if another thread then needs to write to the same line they need to exchange ownership. When this happens for writes into different locations the sharing is 'falsely' assumed by the CPU and time is wasted on the exchange. The next step of improvement is made by padding the head and tail fields such that they are not on the same cache line in P1C1QueueOriginal21.
The result (run the QueuePerfTest with parameter 21):
same core      - ops/sec=88,709,910[1.02xP1C1.2]
across cores   - ops/sec=52,425,315[1.1xP1C1.2]
across sockets - ops/sec=13,025,529[1.2xP1C1.2]

This made less of an impact then previous changes. False sharing is a less deterministic side effect and may manifest differently based on luck of the draw memory placement. We expect code which avoids false sharing to have less variance in performance. To see the variation run the experiment repeatedly, this will result in different memory layout of the allocated queue.

Common myth regarding volatile reads is that they are free, the next improvement step shows that to be false. In P1C1QueueOriginal22 I have reversed the padding of the AtomicLong (i.e head and tail are back to being plain AtomicLong) and added caching fields for the last read value of head and tail. As these values are only used from a single thread (tailCache is used by consumer, headCache used by producer) they need not be volatile. Their only use is to reduce volatile reads to a minimum. Normal reads, unlike volatile reads are open to greater optimization and may end up in a register, volatile reads are never from a register (i.e always from memory).
The result (run the QueuePerfTest with parameter 22):
same core      - ops/sec=99,181,930[1.13xP1C1.2]
across cores   - ops/sec=80,288,491[1.6xP1C1.2]
across sockets - ops/sec=17,113,789[1.5xP1C1.2]

By Toutatis!!! This one is a cracker of an improvement. Not having to load the head/tail value from memory as volatile reads makes a massive difference.
The last improvement made is adding the same false sharing guard we had for the head and tail fields around the cache fields. This is required as these are both written at some point and can still cause false sharing, something we all tend to forget can happen to normal fields/data even if it is nothing to do with concurrency. I've added a further implementation P1C1QueueOriginal23 where only the cache fields are padded and not the head and tail. It makes for a slight further improvement, but as the head and tail are still suffering from false sharing it is not a massive step forward.

This is great improvement indeed, hat off to Mr. Thompson.

Summary, and the road ahead

My intent in this post was to give context and add meaning to the different performance optimizations used in the queue implementation. At that I am just elaborating Martin's work further. If you find the above interesting I recommend you attend one of his courses or talks (if you can find a place).
During the course of running these experiments I encountered great variance between runs, particularly in the case of running across cores. I chose not to explore that aspect in this post and picked representative measurements for the sake of demonstration. To put it another way: your mileage may vary.
Finally, my interest in the queue implementation was largely as a data structure I could port off heap to be used as an IPC messaging mechanism. I have done that and the result are in my fork of Martin's code here. This post evolved out of the introduction to the post about my IPC queue, it grew to the point where I decided they would be better apart, so here we are. The IPC queue is working and achieves similar throughput between processes as demonstrated above... coming soon.
UPDATE: IPC post published here hitting 135M between processes
UPDATE: Run to run variance further explored and eliminated here
at 23:09:00
Share